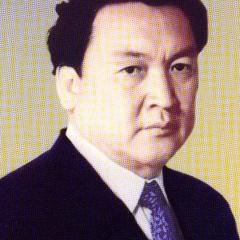 Yesenov Shahmardan Yesenovich (1927-1994), a geologist, Doctor of Geological and Mineralogical sciences (1970), Professor (1970), academician of the AS of the KazSSR (1967). He graduated from the Kazakh Mining and Metallurgical Institute (1949). Senior geologist, Ch. geologist, Ch. engineer of Zhezkazgan complex geological expedition (1949-1960), Deputy Minister (1960-1961), Minister of Geology of the KazSSR (1961-1965), Deputy Chairman of the Council of Ministers of the Kazakh SSR (1965-1967), Chairman of the Production Geological Committee of the Kazakh SSR (1965-1967), director of the Institute of Geological Sciences of the Kazakh SSR, president of the AS of the KazSSR (1967-1974), Minister of Geology of the Kazakh SSR (1974-1978), Head of KazPTI Department (1978-1994). He made a great contribution to the development of geology and geological service of the republic. The theoretical basis for regional metallogeny of Kazakhstan was worked out, a metallogenic zoning was carried out, there were developed and implemented effective methods of prospecting and exploration of copper and rhodusite asbestos in Dzhezkazgan region. It revealed the largest oil and gas province of the Southern Mangyshlak. It is widely known research on the Assumption ore belt. He is the author of 11 books and 150 scientific articles. Laureate of Lenin Prize (1966), State Prize of the Kazakh SSR (1972), Prize n/a Ch. Valikhanov (1971). He was awarded with orders and medals.