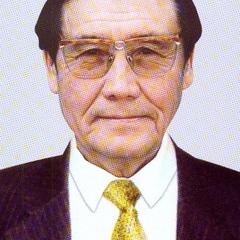 Sultangazin Umirzak Makhmutovich (1936-2005), mathematician, Doctor of Physico-Mathematical sciences (1972), professor (1974), academician of AS of the KazSSR (1983). He graduated from the Kazakh state university (1958). Associate Professor, head of the department of KazSU (1958-1988), director of the Institute of Mathematics and Mechanics of AS of the Kazakh SSR (1978-1988), academician-secretary of the Department of Physico-Mathematical sciences (1985-1986), Vice-President of the AS of the Kazakh SSR (1986-1988), President of the National Academy of sciences of the RK (1988-1994). From 1991 to 2005 - Director of the Institute of Space Research of NAS RK. Scientific papers are devoted to research in the field of differential equations, mathematical physics, calculus mathematics, the application of numerical methods in the study of the kinetic theory of transfer, mathematical simulation of ecological systems, creating a system of space monitoring of the environment, nuclear safety issues. Scientific activity was widely recognized abroad. He was invited to lecture at Charles University (Czechoslovakia), University of Paris, the International mathematical school n/a Banach (Poland), conducted research at Stanford and Merryland University (USA), and has lectured at Kyoto University (Japan). As head of the Academy of Sciences, he worked hard to strengthen and develop science, enhance its influence on the decision of the regional programs. Under his leadership and with his participation it was created three regional offices of the Academy of Sciences in Shymkent, Ust-Kamenogorsk, Atyrau, organized the Institutes of applied mathematics, mechanics and mechanical engineering, Computer science and management, physics and technology, space research, archeology, etc., as well as several research centers. On his initiative, it was organized and equipped with the latest technology the Center of reception and processing of space information in Kazakhstan at the Space Research Institute of NAS RK. He established scientific relations and contacts with leading foreign space agencies, NASA (USA), CNES (France). For many years U. Sultangazin has been actively involved in training in computational and applied mathematics. he prepared and read a number of new general and specialized university courses in the fields of mathematics, such as the optimization techniques, methods of calculations, computational methods of mathematical physics, and others. Author of more than 150 scientific papers, including 6 monographs. For the preparation of the scientific program of the flight of the first Kazakh cosmonaut Tokhtar Aubakirov Sultangazin was awarded with the Order of Lenin. He provided leadership of preparing flight program for Talgat Musabayev. Laureate of the State Prize of the USSR (1987), Prize of the USSR Academy of Sciences and the Czechoslovak Academy of Sciences (1989), he awarded with the orders and Korolev Medal. He was a member of the Standing Committee of the Supreme Council of the Republic of Kazakhstan on science and public education, chairman of  Kazakh Republican Fund for Peace, a member of the Council of Presidents of the Academies of Sciences of CIS.